Huddersfield earned another point to add to the three they collected on Monday, following a 1-1 draw with West Ham at the John Smith’s Stadium.

David Wagner’s side took the lead early on thanks to Alex Pritchard’s well-taken effort. However, the Terriers lost the advantage in the second half after the in-form Felipe Anderson made sure West Ham had a share of the spoils.

The Danish shot-stopper made a fantastic save to deny Marko Arnautovic in the early stages of the game, it would have been a disastrous time to concede for Huddersfield.

He was one of Town’s best performers and it’s impossible to blame him for the goal that got West Ham back level.

This wasn’t a great performance from Hadergjonaj, who is tasked with being one of Huddersfield’s creative men from the flanks. He went to ground and was beaten far too easily in the lead up to West Ham’s equaliser.

Another good defensive display from Kongolo, following on from his efforts against Fulham on Monday night. You can tell that the Dutch defender isn’t 100% fit following his return from injury, which makes you admire these performances even more.

Booked in the first half following a clumsy and late challenge on Aaron Cresswell. He is now suspended for Town’s next game against Wolves after the international break.

This was a quiet game for Schindler, but one where he didn’t really put a foot wrong. Quite like Hogg.

Provided good width before an innocuous injury led to him being replaced by Erik Durm on the verge of half-time. The full-back fell awkwardly on his arm and was subsequently stretchered off with what is believed to be a damaged collarbone.

Jonathan Hogg is the invisible man for Huddersfield, the player that does the dirty work that isn’t always appreciated as much as it should. He probably had the better game out of the midfield three, although he did give a free-kick away in an inviting position for a specialist in the form of Robert Snodgrass.

This man can strike a ball and when it is hit, it stays hit. Billing almost doubled Town’s advantage after his freak cross/shot caught Fabianski off guard before being denied by the frame of the goal.

This wasn’t a performance to remember from Aaron Mooy who is arguably Huddersfield’s most consistent performer. He did, however, clear the ball off the line in the 78th minute to stop West Ham taking the lead.

Alex Pritchard is the number 10 and creative player that Huddersfield have been desperate for during their short time in the Premier League, and he is benefiting from a run of starts handed to him by David Wagner.

The tricky player came up trumps and he opened the scoring for Huddersfield in the 6th minute of the game. His early taken effort caught Fabianski out and squeezed into the bottom corner.

Mounie spent most of the game isolated like the lone striker always is in David Wagner’s system, and he found chances hard to come by. He nearly gave Town the lead in the first five minutes of the game, but his powerful header was stopped brilliantly by Fabianski.

Erik Durm came on to replace Chris Lowe and he was one of Huddersfield’s main threats in the second half. He drove at West Ham’s defence and found space before unleashing an effort from distance, which was narrowly off target.

Laurent Depoitre was brought on in the hope that he could find a winner, but he floundered the efforts that fell to him as Huddersfield rallied late on.

Isaac Mbenza was the other substitute and the man on loan from Montpellier is failing to endear himself to the Huddersfield fans. He looked very uncoordinated and he has left the fans full of frustration. 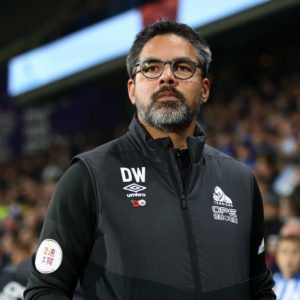 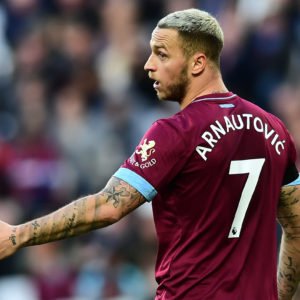 Hammers get injury boost ahead of Huddersfield clash